Hairstylist & Make Up
On your wedding day it is very important to look and feel beautiful. With our professional English speaking hair stylists and make up artists we will help you look just as you’ve dreamt you would. To ensure you are happy with everything we can offer a trial session a day or two before your wedding day. You can choose to go to the salon in the center of Rome or have your make up and hairstyling at your hotel and share these unforgettable moments with your bridesmaids or your closest family.

Transport
To be in time in Rome is quite a hard job so wedding day transport plays a very important role. To ensure that everyone gets to the right place at the right time we suggest you have transport for the bride and groom and for your guests as well. It will bring you from the hotel to the ceremony, to the places where you want to have your photos and then to the reception venue. We can offer a wide variety of modern or vintage vehicles, or you can request a vehicle of your choice on the enquiry form. FIUMICINO AIRPORT Used by the major airlines, it’s about 30 minutes from the city. You can make your own way into the city or we can arrange a chauffeured vehicle for you.
Buses: the shuttle bus service is fast and non-stop from Rome Fiumicino international airport to Rome Termini Station, which is Rome’s public transport hub, right in the city centre.
Train: with trains departing every 30 minutes the Leonardo Express non-stop train service takes you – every day of the year – from Leonardo da Vinci Airport to the centre of Rome in only half an hour. The service is guaranteed year around, even in the event of strikes. Taxis: taxis are available just outside the airport. Legal taxis are white and have a taximeter. CIAMPINO AIRPORT Between Rome and the Castelli Romani this airport is used by several low cost airlines and is about 30 minutes from the city.
I wouldn’t suggest using the train service from this airport because it is a bit complicated. We can arrange a chauffeured vehicle or you might like to consider the options below.
Buses: several buses run directly from Ciampino Airport into Rome. These include buses run by ATRAL (atral-lazio.com), COTRAL (cotralspa.it), SIT (sitbusshuttle.com), and Terravision (terravision.eu).The journey takes about half an hour, depending on traffic.
When you exit the baggage claim at Ciampino, you’ll see the kiosks advertising them right in front of you. Just walk up and ask when the next one is leaving. You can buy your ticket right there and they’ll direct you to exactly where the bus is.Taxis: Taxis are available just outside the airport. Legal taxis are white and have a taximeter.

Photographs & Videos
Your wedding album is what will remind you of the most beautiful day of your life. Our talented wedding photographers will be with you, if you wish, before during and after the ceremony. They will be able to capture the most spontaneous moments, so you will always remember the emotions of that day. You can decide to have a traditional album or a digital album.
Music
CEREMONY During the civil ceremony, considering it’s relatively quick, we normally suggest you bring a CD, although suitable music is always supplied by the venue if you prefer. For the Church Ceremony you can choose between having a soloist or a musician or instruments like organ or a violin. Sometimes the Churches have a resident soloist or organist that can be booked. RECEPTION If you want some music during your dinner and after just ask us! You may wish to have a singer that performs during your meal or perhaps some disco music for the after-party! There are plenty of options and we can help you find just the right one for your event. Please note that in Italy it is compulsory to charge a Music Tax for any type of music at an event, even if it is your own iPod.
Reception
The reception is one of the most important elements of your wedding day, not just because you will taste the flavor of the real Italian wedding but because it is the end of YOUR DAY in which you have to relax, enjoy the time with your friends and with your family. The formalities are over, now you have to spend a good time, and our duty is to make things run smoothly.
We can offer different kind of venues, depending on the style of your wedding. The roof terrace of a 5 star hotel or a Villa in the center of Rome; why not a simpler and cheaper family-run restaurant or a B&B in the wonderful countryside of the Castelli Romani. Castelli Romani is an area just a few miles to the south of Rome famous for the countryside, the gorgeous bathing Lakes, excellent food and wines, and lots more!

Special Evenings
If you want to make your stay in Rome really unforgettable and you want help to organize the day before or after your wedding we are happy to arrange some special moments for you and for your guests. Why not a few hours in a Limo with your closer friends? Or a ride on a Vespa in the historic center during the sunset, or maybe a horse and carriage tour around the Coliseum!
From the 1st of March 2014 Pope Francis opened the doors of the pontificial Garden in Castel Gandolfo, a charming town in the south of Rome where the Popes used to go as a summer residence. The private gardens (Giardini Barberini) are a perfect meeting between natural beauty and historical heritage. You should make the most of the opportunity to go!
Storywalking
Together with Storywalking, tour operator, we will be pleased to organize your honeymoon in beautiful villages in Italy. You will celebrate the most important day of your like discovering traditions, custom and culinary characteristics of the villages and of the great cities of art in Italy known worldwide. 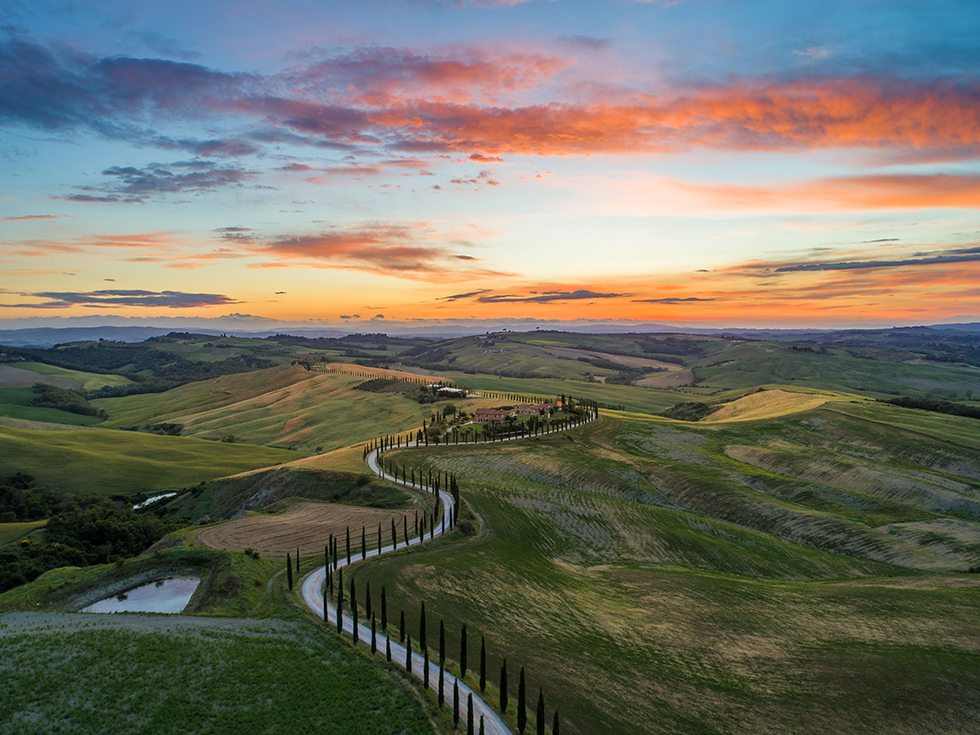